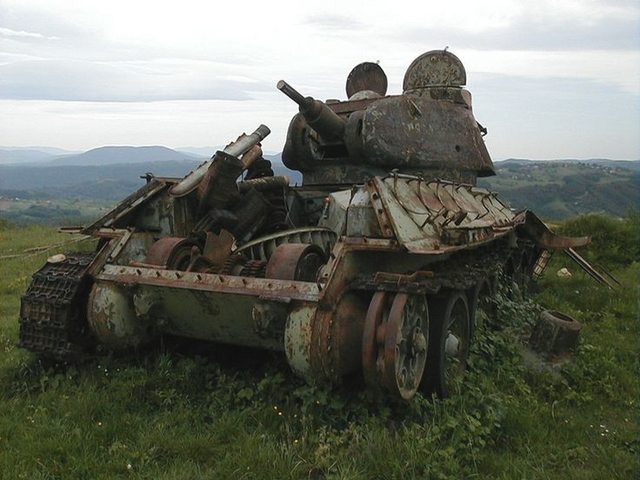 Lets say, hyopthetically, there were a bronze age collapse tier catastrophe that set society back to the dark ages. Large scale production is gone, cities and infrastructure crumble, global oil supplies are depleted and the global population drops to the hundreds of millions. Knowledge of advanced technologies could survive but much of it would be unuseable. E.g. someone could understand computers on a fundamental level, but would not have the means to build one. The only machines that could be built or maintained by hand would persist.

What does warfare look like 200 years into this dark age?