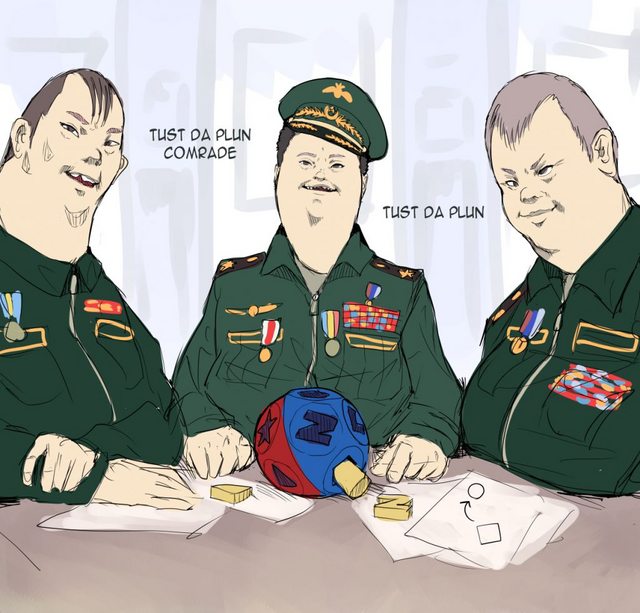 Has there ever been anything comparable in history, where a nominal superpower's military has, in under a year, been proven to be a complete and utter joke in a conventional war?