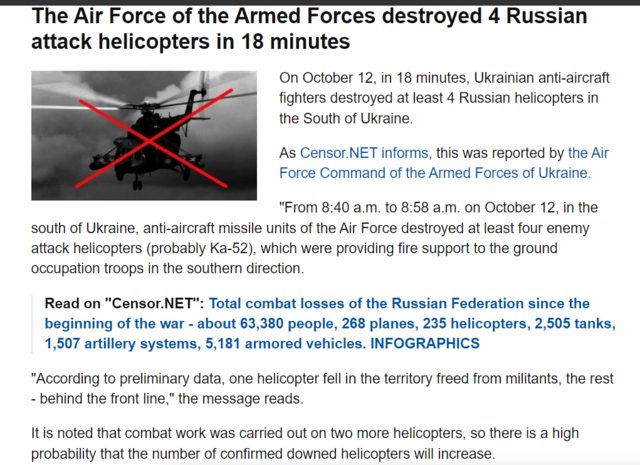 Looks like they were KA-52s and some additional research suggests a few Starstreak kills.