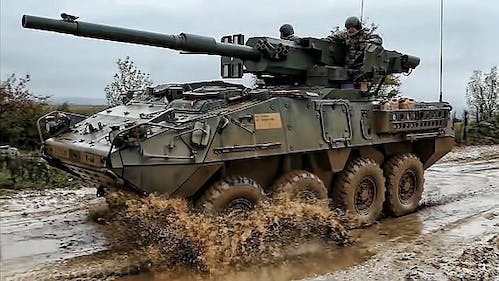 I'm more of a plane and ship guy but apparently Ukraine is getting 100 of these from the US this week and it made me notice I don't really know shit about the Stryker and its different versions.

So redpill me on the Stryker PrepHole: how is this thing and how are the capabilities of the different versions? Is this something that could be useful in the Slav Wars? I will say the version with the mobile gun system on it looks fun as fuck but I'm guessing it's probably not the most practical thing in the world.