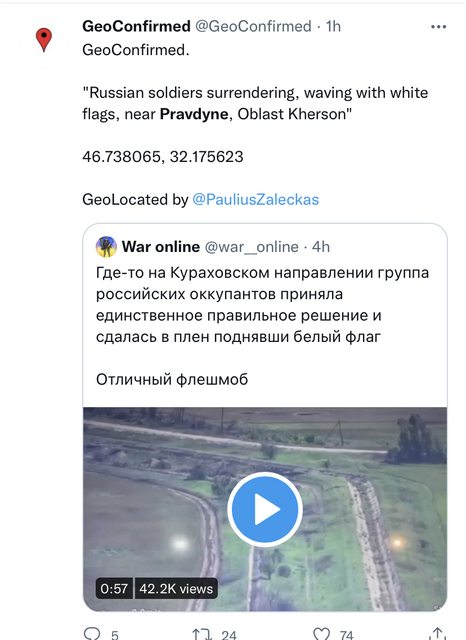 I was told the Ukrainian counteroffensive was a complete failure.