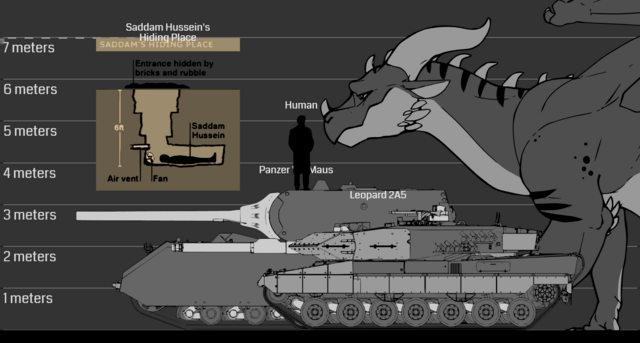 I was fucking around with a tool I use to write macro fapfics and I noticed that there's a bunch of military equipment in there, and so I got distracted from my deep discourse describing in detail the dimensions of dripping and distended dicks by the far sexier topic of hot and heavy armoured warfare.

The conventional wisdom is that the wunderpanzers were a dumb idea done poorly and that Germany should have focused on producing shit that could have been turned out in larger numbers. And yet looking at modern tanks they're all King Tiger sized or bigger, and it's clear that overmatch is a greater advantage than superior numbers. Were the allies wrong to build Shermans instead of King Shermans? Would fewer, better Shermans have beaten Germany more quickly and with less loss of life? What would a King Sherman look like - a 60 tonne Allied tank designed and built primarily by the USA in ~1939? How would it have changed things?

Further, what we've seen from WW2 onwards is a steady progression in the size and weight of armoured vehicles which is only halted by a lack of infrastructure to support a larger size of vehicles. Tanks can only be so wide because they have to fit through train tunnels, for example. But if we imagine a world where there are no limitations on the size of armoured vehicles, what WOULD the optimal size of a tank be? I thought about this for a while and the simple answer is "however big you have to be to carry a cannon big enough to penetrate the enemy and armour enough to be invulnerable plus an engine powerful enough to get you around." But no sooner does this tank roll of your production line than the enemy designs one that makes its gun too weak and its armour too small, and then you do the same. Doesn't this inexorably lead towards the conclusion that you should build the largest tank that you can possibly deploy? Skip right to the end to the ladder of escalation? Should we be building 100 tonne tanks? 200 tonnes?