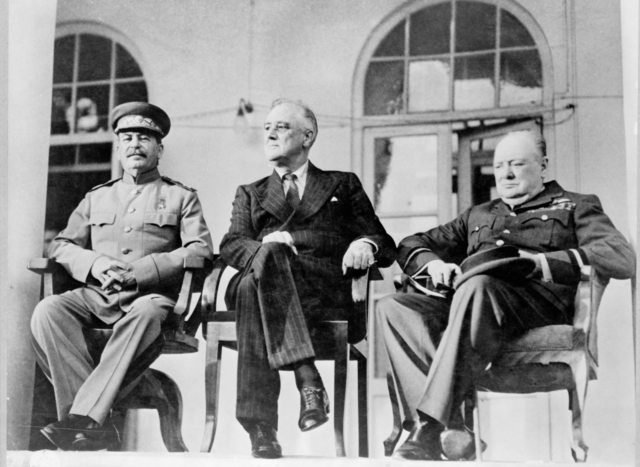 I know people describe Britain, the US, and Russia as the Big Three of WWII, but were Britain's contributions really equal to the US and Russia's?