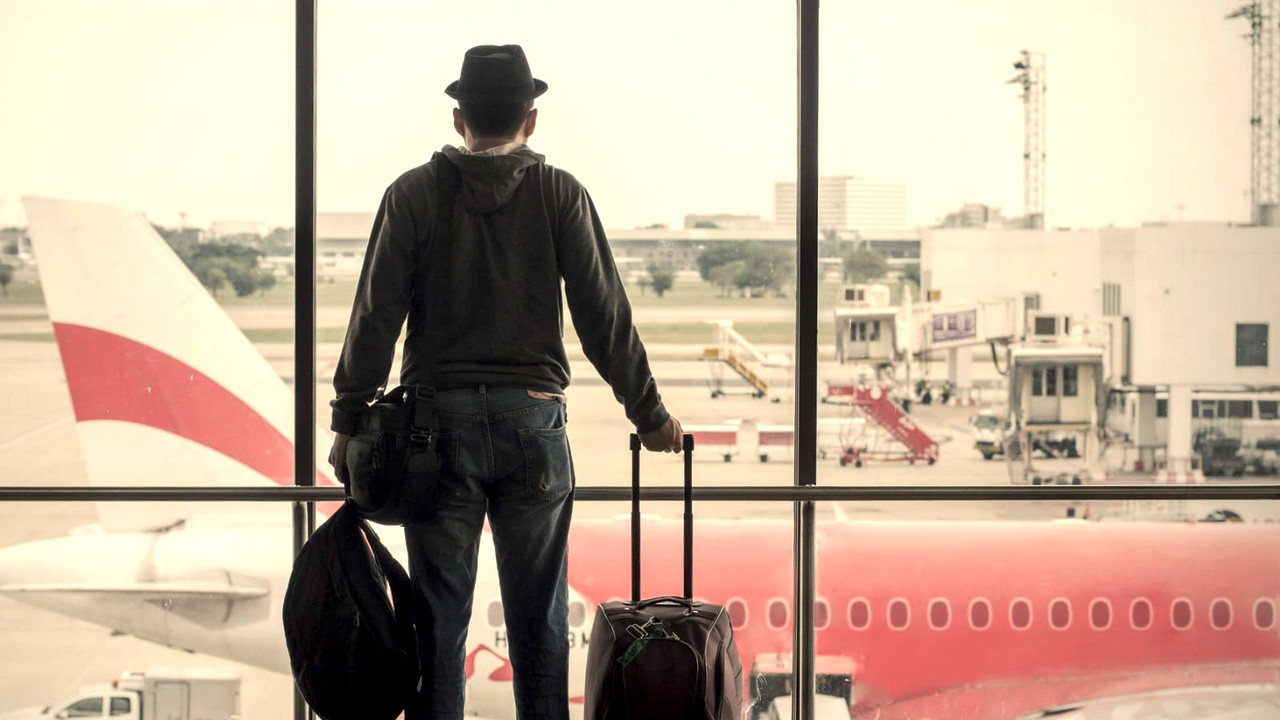 Disclaimer: everything you are about to read is for entertainment purposes only. Under no circumstance should you ever contemplate committing so much as a misdemeanor.

Never mind that, it's not important. What's important is you need to get off the grid and fast. Here are some vital dos and don'ts for when it comes time to flee the sometimes unpleasant scene that is real life.

Don't go all out and fake your death

Faking your death is known as "pseudocide." It's a great word, but a terrible plan.

Most people who fake their death do it by water, thinking the evidence will drift out to sea and be sucked into a watery abyss where nobody will ever catch wind of their deceit. They figure law enforcement or an insurance investigator will simply shrug their shoulders and accept it as obvious truth. If it was that easy, we would have stopped trying to pay our massive student loan debts off years ago.

Just joking, we didn't go to college. But faking your own death is still a horrible idea. You inject enormous amounts of attention, drama, and investigative resources into your case and that's the opposite of what you want.

Case in point: Marc Schrenker, the owner of investment company Icon Wealth Management, was served with a warrant on December 31st at his home for securities fraud. Not being one to accept living a good chunk of his life in a federal pound-me-in-the-ass prison, he hopped in his plane and hit the blue skies. At some point, he parachuted out, letting his plane crash into the ground.

A wonderfully cinematic plan that failed to take into account the fact that, generally, there tends to be a corpse present at a scene like that. The daredevil financier was busted at a campground a short time later (this dude made another fatal mistake, but we'll come back to him).

Buying a fake identity is of course all kinds of illegal, but that's just the foreshadowing for the many kinds of problems you might end up with. The trouble with the fake driver's license or passport you bought off Ahmoud is that you never know it doesn't work until it doesn't. That breakdown in effectiveness usually happens during a traffic stop or at customs, just two of the many situations in which you absolutely don't want to be caught holding a fake ID.

Consider: how do you know you're the only person that shady document peddler sold that exact same ID to? How do you know your clean identity doesn't have an outstanding warrant because the bum it was originally bought from went terminator on innocents at the bus stop? On the long list of surprises a person never wants to come their way, finding out that police found an identical "Harry Pairatestes" drivers license at a murder scene three states away is right near the top of the list.

If your new life must involve an entirely new identity, what you need to do is learn the piecemeal process of how a legitimate ID is created in your (or a reachable) jurisdiction and then make it happen yourself.

Tell no one of your plans

Have you ever watched true-crime shows and noticed that a sizable majority of the downfalls come about because the criminal is ratted out? As difficult as it may be, it's mandatory that you not tell anyone where you're going. Not your mother, not your kids, not even that hot Perkins waitress you wish you could take with you. You can trust no one.

When the authorities come looking for you, it's the people closest to you that they'll hit up for information first. The moment they put them in that room and start their good cop/bad cop mind games, they'll blab their ears off. Do you really want to leave the success of your escape up to your mom's ability to keep a secret? We're talking about the same woman who showed your prom date a video of you shitting the bath tub at age four. The odds of her holding up during an interrogation are slim to none.

Case in point: Remember Marc Schrenker from the first entry in this article?

On January 12, Schrenker emailed neighbor and friend Tom Britt, stating the crash was "a misunderstanding" and that he had checked into the motel because he was "embarrassed and scared" of returning home. He also said that he would likely "be gone" by the time Britt read the email. Britt turned the email over to the police.

Don't get a girlfriend

Just to hammer the point home, ever seen Investigation Discovery's true-crime show I (Almost) Got Away With It? Approximately 100% of the great successes in thwarting prosecution and enjoying a life on the run are subverted by blabbermouth girlfriends within 30 minutes of the first sign of an argument or their money dying up.

Absolutely no smartphones or smart- anything; go prepaid and low tech everything

Ditch any smart type electronics from your old life and get a prepaid or pay as you go phone to make contact with those you absolutely need to touch base with. Prepaid credit cards are also a good idea. A little hint – when you buy your prepaid instruments, check for cameras in the store. Perhaps send a friend (or better yet, a random hobo) in to buy your tools.

Misinformation is the act of locating every bit of information known about you and deviating/deleting it. Check your cell phone account, electric, cable, water, browser history (double check that) and even your airline frequent flier account. They all have contact information on you and may even have your work information, mother's phone number or email address.

Pay special attention to that browser history. Skipping town with a search history full of "The Top 10 Places for Criminals to Hide" queries is a dead giveaway that something is amiss. As for all those "Pokemon Cosplay" searches, we don't even know what to say. Seriously, get some help.

And then some disinformation

Disinformation is the act of creating false trails. On your social media pages, start writing bogus information about moving to Chicago, joining the French Foreign Legion, or even a cult (no one will bother you then, especially if they're the type to knock on doors and shit).

Better yet, create a fake social network account but one that will be almost certainly traced to you because you "slipped up" and used some real info like your own email address or a handle peculiar to you. Any disinformation you create on your "secret account" will be seen as very reliable.

The final and trickiest step, reformation, is basically the act of getting to your chosen hiding place without leaving a trail and, if absolutely necessary, setting up some safe means of communicating with trusted family members or friends.

It's a tricky step that is a lot like everything else in life…you get what you pay for. You probably won't be able to do it alone. If you've made it this far, don't half ass things now by leaving it up to an amateur. You can pay an expert to help make it happen if you're sure of their credentials.

Have a boring backstory

Wherever you end up, you need to end up there the way other people tend to do. Don't foster any James Bond fantasies. Be the naive tourist, not the dark and mysterious guy.

As informative as we try to make these articles, you'd be completely insane to expect to find everything you need to know about successfully disappearing from a one page internet article. Information on how to pull off a grand disappearing act is out there, obviously buy it in the most discreet manner possible.

If you're looking for a good place to start, check out Frank Ahearn's book, How to Disappear. When you're running a beach side daiquiri stand in some remote South American village, free from the pursuit of pesky feds, you'll be glad you read it.