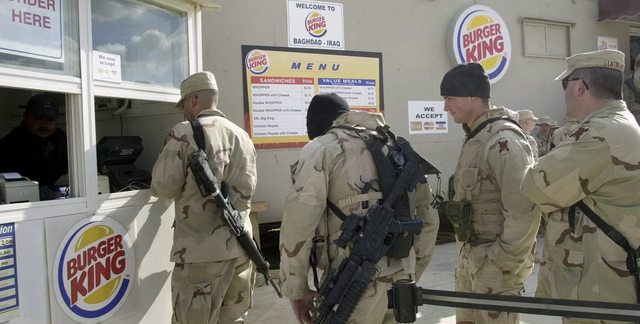 How is it possible for all these fast food franchises to exist in the us military bases? Like no other country has this capability and this shit was in war torn iraq.