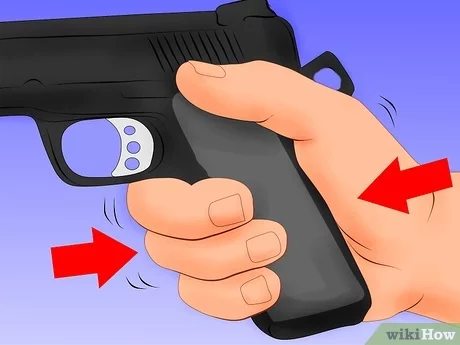 Not sure if it is just me or if this is a common issue but I have a hard time keeping my point of aim on the desired point of impact. It is hard to explain but it is not due to flinching when I pull the trigger, I have traced it down to being me wobbling the gun a little bit while trying to hold it still. This happens to me with rifles in unsupported positions and a little bit with handguns, it makes sense that it would happen with a very heavy rifle, but I have very light rifles that the same thing happens to a small but significant degree. Its almost like the rifle is too light to hold still if that makes sense.

What can I do about it? Does anybody else have this problem? I don't think its because I am "weak" or anything, I am tall and built from years of weightlifting and exercise, and its not that the rifle is being pulled down more than it is side to side or the fact that I "over correct" (for lack of a better term) when I find myself off target.