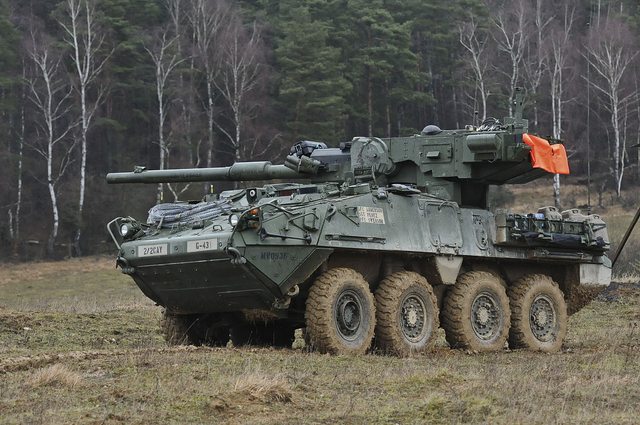 Apparently a lot of the problems with the Stryker are a result of trying to make it fit the weight requirements whilst using the Stryker chassis, the centauro for example based on a similar chassis weighs some 7 tons more.

Would a purpose built hull/chassis have had less problems? The AMX-10 carries a similar gun and a lot more ammo, but actually weighs less than the Stryker does.
This is presumably because it uses a smaller purpose built hull.
The question is, assuming that the army would cough up the development money, would it have made sense to add another vehicle type to the Stryker BCT? Which is basically all Strykers.
Would using a smaller and/or lower pressure gun have helped solve the problems with the MGS (IE 90mm or maybe even the Ares 75mm gun)?
Is the whole concept just fucked? And will Stryker BCTs do just fine without that kind of fire support?