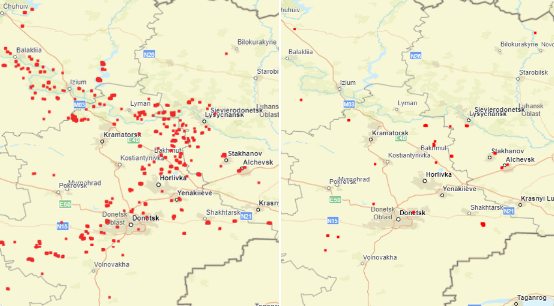 HIMARS had a massive effect on the Russo-Ukrainian war. This is forms data. On the left is Russian shelling before HIMARS arrived. On the right is after. I’m not going to go all the way and say the HIMARS/GMLRS combo is the reason russia is losing, but it played a contributing role