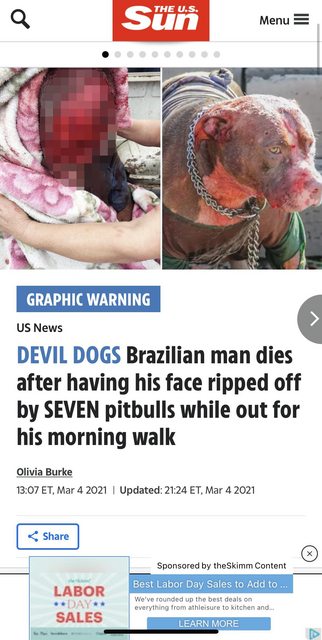 How do you fight off 7 pitbulls while out and about?
I feel like a 6 shot revolver would be useless in such a situation, a 5/7 also useless.
A 15 round glock maybe?
Assuming you clock each dog with an average of 2 bullets to kill I mean.

Do I NEED a gun to take no injuries?