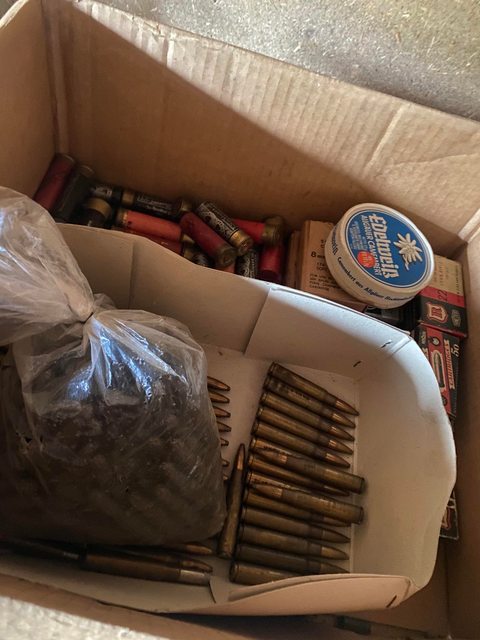 Found like 250 rounds of rifle bullets, pistol ammunition and shotgun shells in the house I recently bought.