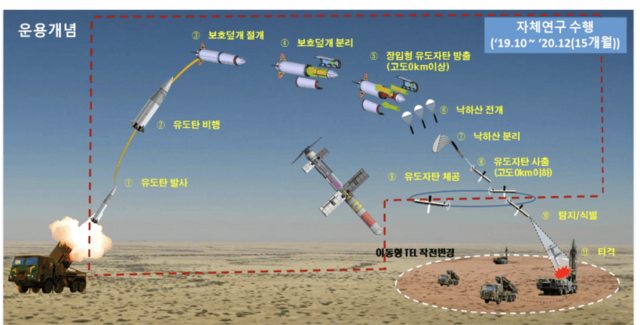 South Korea is currently developing a rocket assisted lotering ammunition based on the KTSSM, which will be used on K239. 3 mega sized drones per rocket.