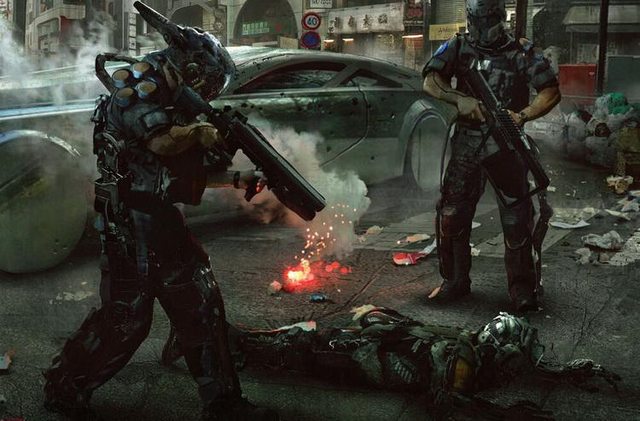 What do you think an open, hot war between two megacorporations would look like?

Who do you think the first one is gonna be between?