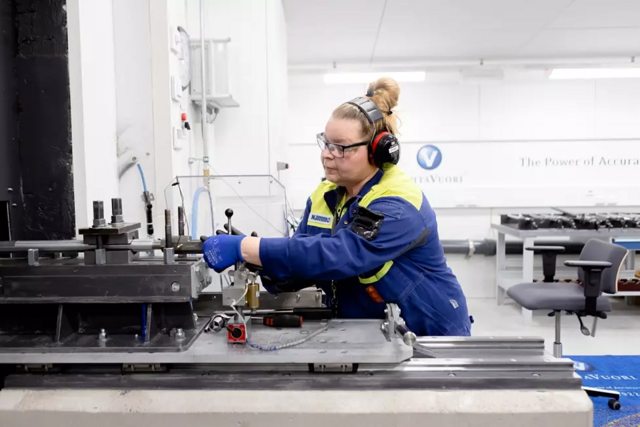 There's some translated pieces:
Vihtavuori gunpowder factory is nearing it's record production values, but the reason is not in Ukraine but in USA.

The Vihtavuori factory in Laukaa is producing gunpowder like during war years of WW2.
In picture the factory workers are filling artillery shells during 1942.

The gunpowder factory was doing poorly in 2013, and there was even talk about shutting it down. Then everything changed. Now there is not enough Vihtavuori gunpowder for everyone who would want to buy it. The world-wide demand is greater than ever.

The reason for demand is not the war in ukraine or the increased defense budgets world wide, at least not yet. Instead, the demand is caused by sports shooters in USA.
One of their main exports is reloading gunpowders. Usually the end customer is a sports shooter or a hunter, who reloads their own ammo.

Another reason is that in 2014 the factory was transferred to the ownership of multinational Nammo Corporation, which manufactures ammunition and rocket engines. Nammo has roughly 30 different factories world-wide. The corporation has concentrated their gunpowder acquisitions to Vihtavuori, which is currently their only gunpowder factory.

"While the war in Ukraine is not the chief reason for increased demand for our products, it does echo to us." says Vihtavuori CEO Ilkka Heikkilä. "We have had large amounts of inquiries if we could provide gunpowder to multiple contries. The international situation means that our demands will remain high for future years".

Finnish Military forces are high on Vihtavuori priority client list. The year 2022 is a 100-year anniversary for their first gunpowder factory in Finland. In 1920's and 1930's Finland established several cartridge- rifle- artillery and aircraft factories.