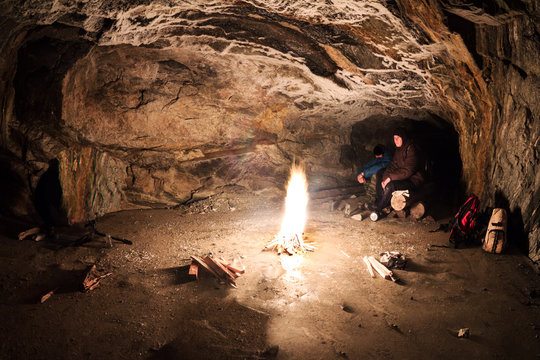 If there were to be a major global disaster, such as a pole shift, large meteor, alien invasion, super weapons, or any other kind of destructive forces that would cause earthquakes and massive tectonic plate movements, what kind of natural underground material would be most resistant to a sort of liquifying behavior like I've seen happen to roads and fields in earthquak videos.

For example, sandstone, granite, limestone, those kinds of material beds, far away from plate borders, what would be best? For example Central Kansas is pretty safe, has alot of limestone caverns, it's why the military has underground cities our there