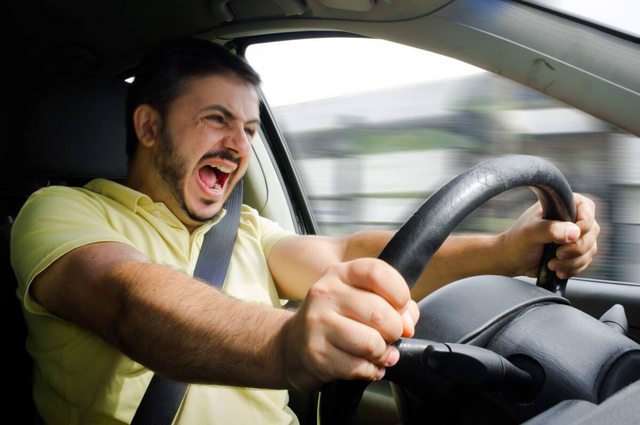 During an active road rager incident, when are you allowed to pull out your firearm?

Are there any state or federal rules regarding when you can be allowed to defend yourself?

If you expose your firearm in your car, is that considered brandishing in any US state?