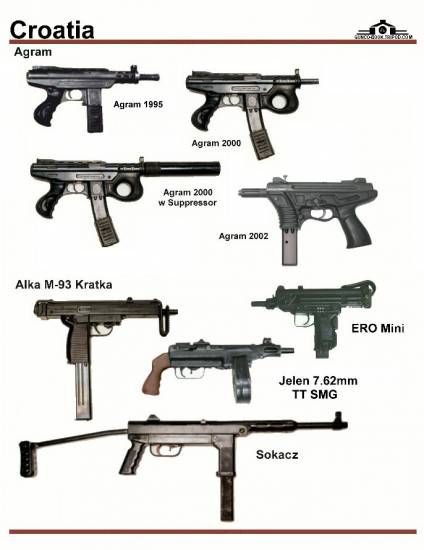 So during the 1990s Croatia made a bunch of cheap open bolt SMGs to outfit their ad hoc military. Most of them look pretty decent, to the point where I wouldn't feel too under-gunned being issued one since they are certainly a few notches above a STEN or barebones MAC-10. The Armenians and Chechens made similar things as well.

Ukraine is currently in a similar situation where they have a shortage of equipment to issue to their volunteer military and even moreso to territorial defense forces. I know they have some domestic arms industry making assault rifles but is anyone over there cranking out STENs, UZIs and MAC-10 clones like the Croats did? They wouldn't be ideal front line weapons, but they would still be pretty handy as PDWs for vehicle/artillery crews and better weapons for TD volunteers than the civilian bolt action hunting rifles and hunting shotguns that some of them are lugging around.
Is there some current day equivalent of these cheap garage made open bolt SMGs that we haven't seen or heard of yet? Or at least something I haven't heard of?