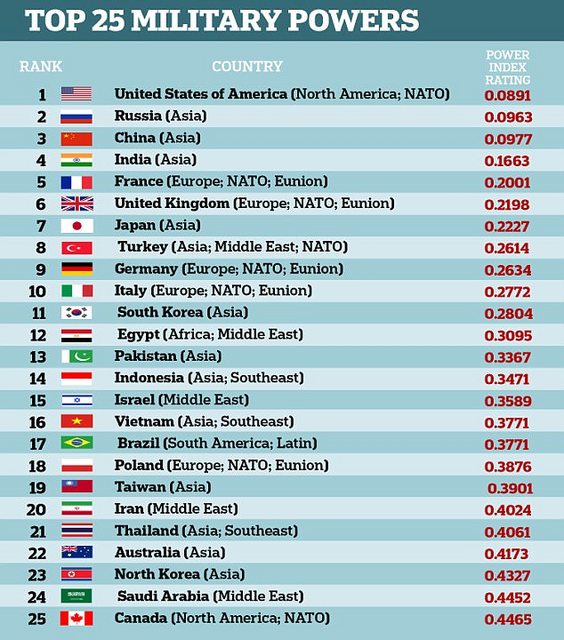 What (if any) changes would you make in ranking the most powerful militaries in the world?