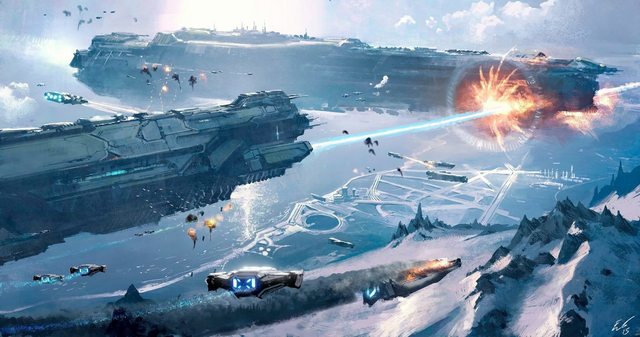 So these days there is a lot of talk about the USN and other nations putting a lot of resources into laser systems, railguns, and other things like that. One thing that has always caught my eye is the MARAUDER research into plasma weapons performed by the US in the 90's. There are brief mentions of a few successful rounds of testing, and then the project was re-classified and mentions of it cease. I have heard from a few different places that a large problem in using plasma as a projectile is that is loses cohesiveness very rapidly, necessitating extreme velocities to prevent it from becoming a hot diffuse cloud before impact.

I wrote a short sci-fi novel back in 2020, and thought about a way around the plasma diffusion problem. To my basic understanding, if an electromagnet was used to anchor the plasma, you'd end up with a plasma encased projectile that would stay cohesive for a much longer time. The short description of my idea was that a starship would vent small amounts of plasma from a fusion reactor into the firing chamber of the weapon, where a ferric alloy of tungsten would be rapidly charged into a temporary electromagnet. The energy of the plasma should help to maintain the charge of the "anchor", and the weapon, a Coilgun, would accelerate both the anchor and plasma down the barrel. It would accelerate the projectile to 0.1C, and maintain cohesion for about a second.