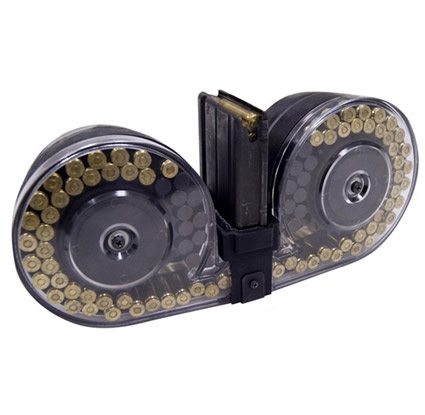 Could a frail 40 years old woman mag dump one of those ridiculous beta c’s into a dude at point blank range? Her previous shooting experience is limited to airgun and her experience with firearms is limited to manuals and videos.

I am writting a comedic urban fantasy novel and she’s trying to murder a sorcerer that can only be killed by a gay bullet, only 4% of bullets are gay but they look exactly the same as hetero ones.