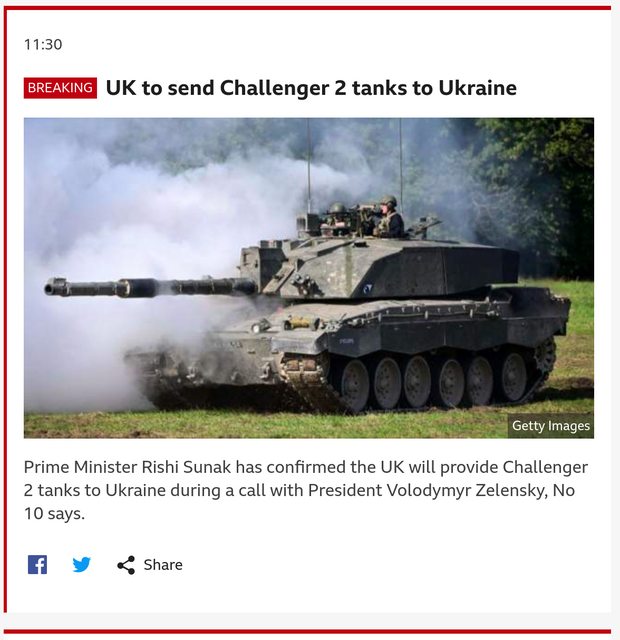 The gates have been opened by the UK once again. Ukraine will get a squadron of western tanks with armour, optics and FCS that are better than anything Russia has in the field.