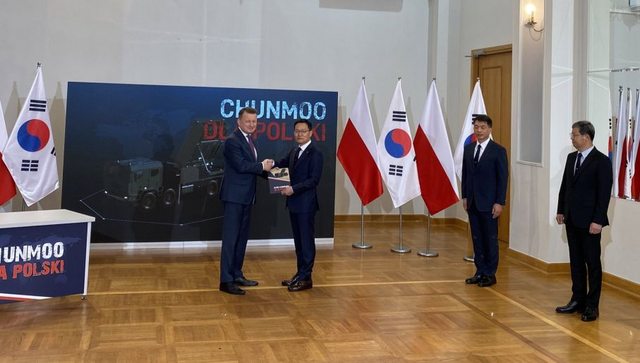 >The stated justification for the acquisition of South Korean rocket launchers is the inability of American industry to provide 500 HIMARS timely. Other plausible explanations include the Koreans’ desire to share expertise and knowledge, the relocation of manufacturing to Poland, and the Koreans’ willingness to use Polish technologies and components. In any event, Americans lack such adaptability and responsiveness.

>Try comparing the first acquisition of Polish HIMARS missile launchers. Already in 2018, Poland spent $414 million to acquire one detachment of HIMARS rocket launchers (36 rocket launchers) and two training rocket launchers. These three batteries will be supplied on the American FMTV (Family of Medium Tactical Vehicles) chassis and equipped with the American fire control system (SP) AFATDS (Advanced Field Artillery Tactical Data System). The first portion will be delivered by the end of 2023. The purchase is nonetheless portrayed as a Polish homage to the United States.

>According to Polish Armaments Agency spokesperson Krzysztof Platek, Poland will get K239 Chunmoo superstructures placed on Polish Jelcz 88 trucks and the Polish Topaz SP (combat). Seoul will offer cruise missiles with ranges between 70 and 290 kilometres and a technology transfer. In Poland, the first rocket launchers will arrive in 2023! Thus, simultaneously with the American HIMARS ordered five years ago.