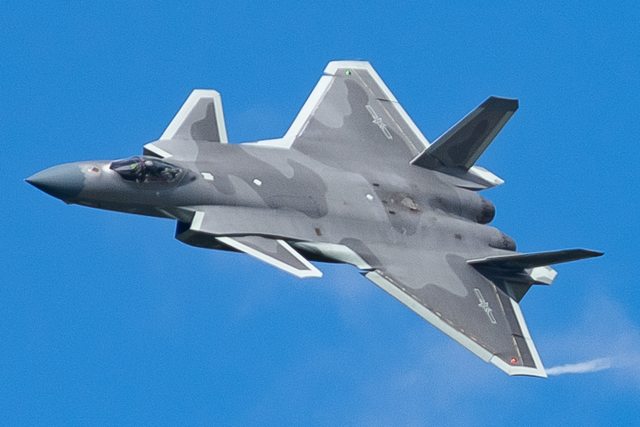 In my opinion, the Chengdu J-20, also known as Mighty Dragon, is the greatest all-weather stealth fighter aircraft on Earth. It absolutely mogs both the F-22 AND the F-35. And it would BTFO even the Su-57 if more than 5 existed.