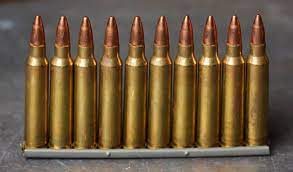 I am looking to build a serious duty rifle, I am not going to cheap out this time, I have been saving and am prepared to pay a premium.

Not considering price, what is the best 5.56 duty round with a muzzle velocity above 3000fps+