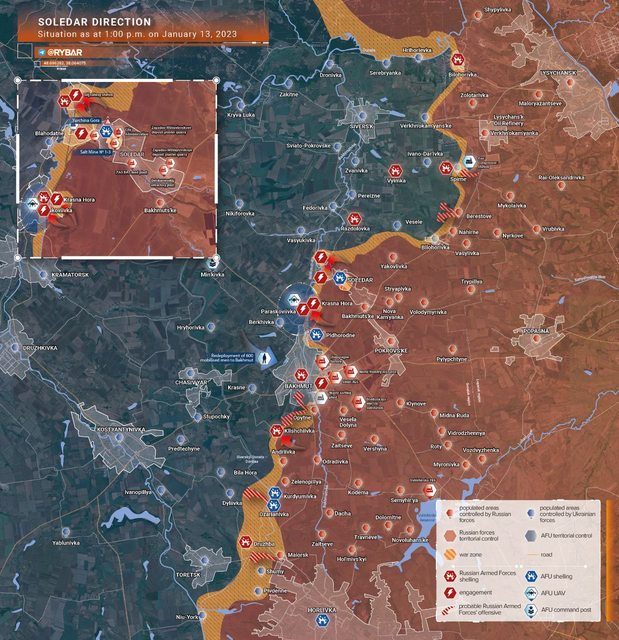 >The village of Sol has been completely liberated by Wagner PMC units. This is an important transport hub, control over which eliminates the possibility of direct communication between Bakhmut and Seversk, two major defense hubs of the Armed Forces of Ukraine.

>Russian military entered the village of Kleshcheevka near Artemovsk, we have the initiative and fighting continues intensely.

>The command of the Armed Forces of Ukraine withdrew units from there due to heavy losses.

>If Kleshcheevka was liberated, then the pincers around Bakhmut close up not only from the north, but also from the south.

Now the question is if Ukraine will retreat on time from bakhmut or it will be a repeat of Soledar with massive losses of troops and material, they also risk not having time to prepare a new line of defense in kramatorsk and being pushed out of Donbas for good.