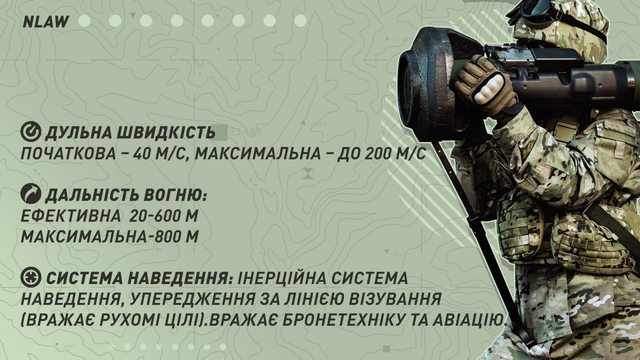 https://t.me/AZOVsof/1866
>It is no exaggeration to say that in the early days of the full-scale invasion in February 2022, the NLAW ATGM (also known as MBT LAW and RB-57) played a significant role in repelling the attacks of the Russian invaders. This Swedish-British development terrified the enemies so much that they were forced to hastily weld "chicken coops" to tanks. But the fighting showed the senselessness of these "defense systems" on enemy armor. NLAW in the hands of our soldiers turned out to be a powerful firepower that gave nightmares to enemy tank columns. Small dimensions and weight, the possibility of using ammunition by one person, minimizing the time from target detection to its destruction, the "shoot and forget" principle, as well as a passive targeting algorithm that does not allow laser radiation sensors to detect a threat. And above all, the ability to master this formidable ATGM in an hour. All this leveled the chances of our mobile groups on the battlefield. The only question was how many such ammunition sets our defenders would have during the military deployment. At the same time, already during the first battles for Irpin-Hostomel, the extraordinary advantage of NLAW over other ATGMs was revealed: they could be used to shoot down enemy helicopters and airplanes. It was the saturation of this firepower of our units that allowed us to slow down the pace of the Russian offensive in the first days of the war. In addition to all the mentioned advantages, NLAW has another one - a convenient tube, which performs many useful functions in military life, and is highly appreciated by our soldiers. However, it should be noted that even such formidable weapons would be ineffective if our soldiers did not fight so selflessly and harmoniously.