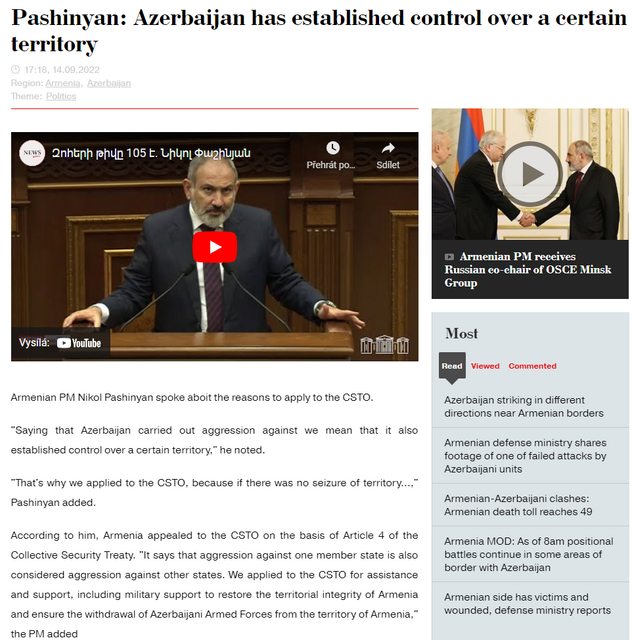 I know Streisand effect and all, but let's actually try to keep this weapons, military and strategy related.

There was some false information about Armenia triggering Article 4 of the CSTO yesterday. Apparently it was just Article 2 back then.
Well. They just triggered Article 4 - basically their equivalent of NATOs Article 5.

Let's actually try talking about what military aid the CSTO members could and likely will send, in case of article 4 being honored.

There have been 2 reports of strikes on Russian soldiers and/or equipment by Azerbaijan, both very much unconfirmed RUMINT. There also was talk about several RU military bases being practically abandoned.
RU forces, even though being peacekeeprs there, seem to not be engaged in fighting at all. They don't even seem to have much presence, besides two trucks being supposedly shot at. I've checked and besides the roughly 10.000~ somewhat combat ready troops of the Vostok 2022 excercises, the remnants of the 1st tank army that retreated to Belgorod, the yet undeployed 3rd army corp leftovers and various small units that retreated to Belgorod - what can Russia realistically send?