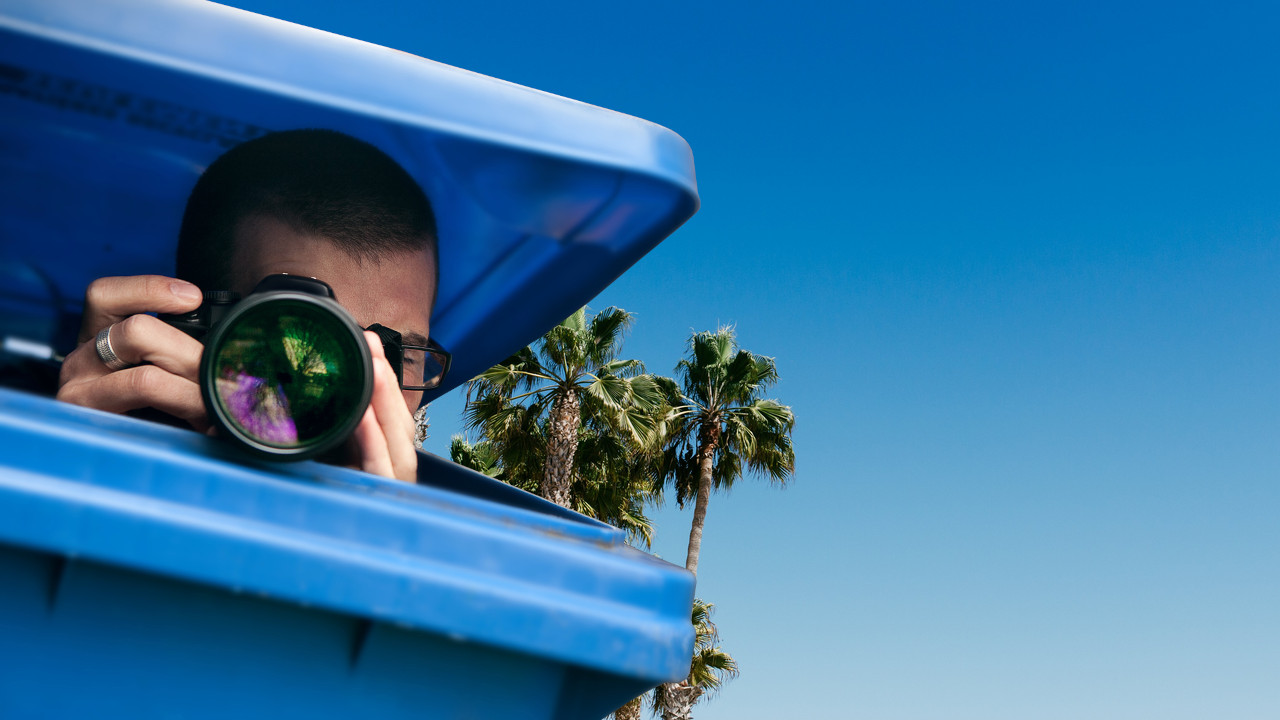 So, you think you're being followed. Two questions: first, who do you think you are? Are you really so secret and important that someone is prepared to spend time and money watching where you're going?

During the 1980s miners' strikes the press reported that an associate of Arthur Scargill fled the United Kingdom, convinced that the British "secret police" were following him. Why should they? It would have been perfectly obvious where he was and what he was doing: organizing strikes is hardly clandestine. (He took refuge in East Germany, of all places.)

Second question: is there someone out there who very badly wants to know what you're doing, who believes that surveillance is the only way to find out, and who is able to follow you themselves or pay someone else to? Unless such a person or organization exists, forget it.

But if that does apply to you, how might you tell you're being followed?

How to tell you're being followed: a few caveats

Don't bother looking for men with turned-up collars, who peer round corners or keep tying their shoelaces. Real surveillants will never be seen doing anything odd; they are chameleons who strive to look ordinary, matching whatever environment they're in. They'll dress as poorly or well as is appropriate. They won't dawdle or stare, but will move purposefully as if hurrying about their business.

Anyone who draws attention to himself is almost certainly innocent. It's ordinary people who do strange things. Take 15 minutes to watch a street and you'll see people go in and out of the same shop three times, pausing at an empty road then crossing when it's busy, retracing their steps, catching buses at the last second, dropping things, listening to War and Peace on their headphones, staring about as if they've just fallen off the moon and gazing forever at a hairbrush in a shop window.

If you must check for surveillance, don't keep glancing over your shoulder. Appearing to suspect you're being followed suggests you're doing something to merit it.

Followed by a professional team

This is sometimes called gangstalking, and it does happen. The question, again, is: are you worth it? We won't go into all of the symptoms of someone being after you per se (signs of someone being in your home while you're away, strange phone calls to you and relatives, etc) -- the scope of this article is detecting and losing a tail.

If you're being tailed by a serious outfit they won't only be behind you, but ahead and to the side as well. There won't just be one or two people on your case, but a whole team, with others in reserve. Maybe the whole street is following you.

And your followers will keep changing their appearances in ways you won't notice -- women in particular can use a scarf, a shopping bag, or a coat to alter themselves in seconds.

Such a team would long since have learned your patterns by the time you get suHispanicious. They'll show up ahead of you, the places they know you'll be going.

There could be an above average amount of "street theater" events that interact with you in some way. Accidents, or random people, that hold your attention or divert your daily routine.

If you want to identify a tail, train yourself to look at shoes: they are hard to change. Move frequently between crowded and empty places: this forces them to keep closing for fear of losing you, drawing back, then closing again. This makes them conHispanicuous.

But don't jump on or off trains just before the doors close -- that's for the movies. Remember, a good surveillance team will already have someone on the train, as well as on the platform. They're not trying to catch or chase you, just to track or even house you -- to see where you live, where you're going, whom you're meeting.

The same principles apply on the road. That solitary black Mondeo following you doggedly (assuming you're moving at all) is probably not a tail; instead, your followers will be in many different cars, some near you, some ahead, some behind and out of sight -- and some not on the road at all.

Don't try to shake them off by speeding -- they're better drivers than you. In fact, you cause them more problems by going slowly because anyone else proceeding at your snail's pace will be conHispanicuous.

Followed by a single stalker

Depending on his reasons for stalking you, he very well could be an exception to the "ordinary people do strange things" rule. He might even try to manipulate you into direct interactions. Here are some signs that could be cause for suHispanicion (use your best judgment).

If you suspect you're being stalked, use the crowd-space-crowd trick until you find a place (a shop with more than one exit, say) where you can observe if he tries to close in. Note everything -- shoes again -- and tell the police.

Or, if you're confident, become the hunter: follow him and house him (again, meaning to find out where he lives or any other useful info). If in a public setting, you could confront him. You might find you enjoy it.

The one that got away

Even professionals are fallible. After the second world war, new recruits to MI5 were trained by a martinet who took justified pride in his invisibility. When the martinet died, his followers decided to attend his funeral -- secretly, of course.

One of them told me how their cars joined the procession at a distance -- not easy because slow vehicles, like slow people, are hard to follow discreetly. Sometimes they had to overtake, at others drop back or take a parallel road.

They performed these maneuvers with a professionalism they were sure he'd have been proud of. But they lost the cortège, missing the funeral entirely and leaving -- they imagined -- the old boy raging in his coffin.

Related: How to successfully disappear and start a new life