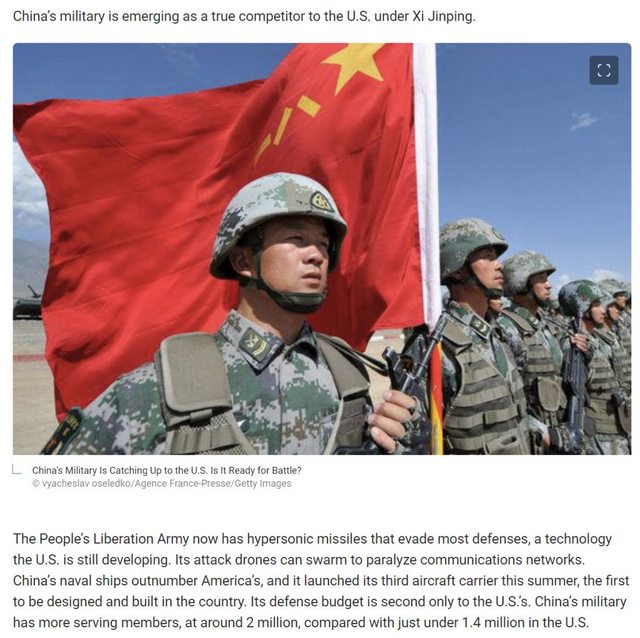 Are we actually going to experience a true near peer war between the US and China? It the closest country that has as much defense spending as the USA.