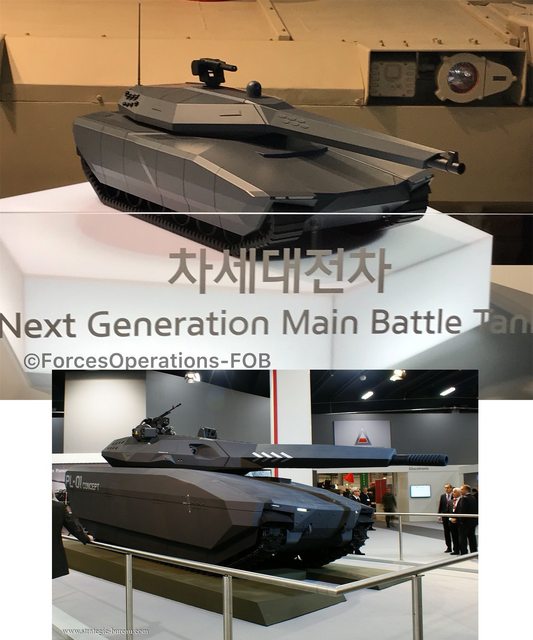 I know very little about futuristic tanks so I have some questions:

Up: miniature of most recent prototype of Korean K3 tank

Are these two oddly similar or all futuristic tanks will share this general shape and details (as these freckles on back of the turret or placement of front lights or thick panels on sides etc.)?

My first thought was that Korean-Polish cooperation on franchising military industry went much further and deeper than anyone thought, so Koreans have access to Polish projects and they are ressurecting them as part of cooperation on future stuff.

However my friend (who isn't into tanks, but is engineer in metalurgy and also is on spectrum of autism) said if they both have same features and purpose then it's natural they look so similar. I don't know, to me if they are both prototypes of next gen tank, they still look as different to T-14 as T-14 looks to T-34.