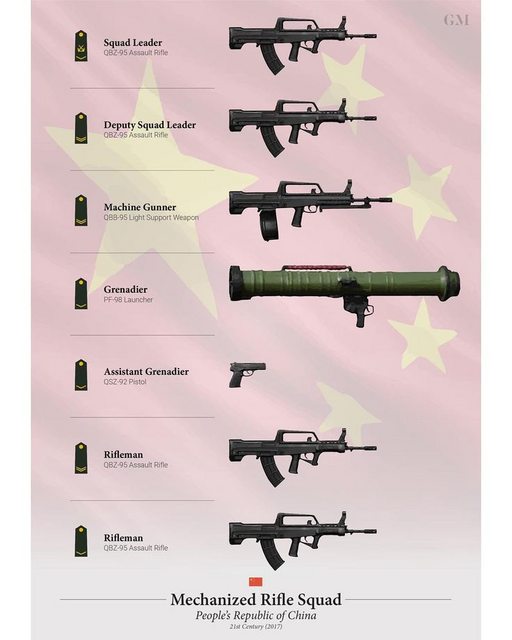 Are Chinese infantry squads really equipped like this? I can't find any other modern ones.

This seems quite low on firepower. For example, a Swedish squad of six has two grenade launchers, three anti-tank weapons, and one belt fed machine gun.

By contrast here we have one drum fed light machine gun using the same smaller cartridge as the assault rifles, and one anti-tank weapon for seven people. More remarkably, the guys on the anti-tank weapon don't have rifles (I assume the weapon must be significantly heavier and harder to operate to justify this?)

The only comparable thing to China I've seen is the US Marines: 12 guys, all with the same rifle, no LMG at all, but three grenade launchers at least. I find it weird that the Marines have such large squads and decided not to have either an LMG or a DMR, or better yet, one of those mag fed 20mm or 40mm automatic grenade launchers.

It seems like this Chinese squad (and the Marines) would be overmatched.