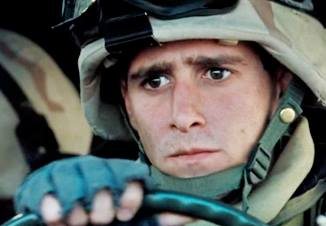 a year ago i lost one of the best friends i've ever had. We had served together for 5 years, and he took me under his wing helping me to pull my head out of my ass as a young corpsman to the point where I took over for him as the senior line corpsman of our company when he was promoted. On the battlefield I was told there were fewer men more fearless than him, as a father he was the only person besides my own father whose advice I would seek. A father at 18 years old he joined the military and kept his marriage together through four deployments, three of which were combat deployments, and somehow still found time to help his son when he could even though we were half way around the world, and still lead on and off the battlefield to help mentor and guide young fuck ups like myself. Its finally really hit me after a year, and i am sad as fuck. For him I feel nothing but pride having known him and although cancer whittled him down his last year I will still only see him as the stoic, calm, cool-headed leader when shit started collapsing around us during my first mass-casualty. Life is a bastard PrepHoleommandos. I didn't know where else to post. Military/War stories thread i guess.