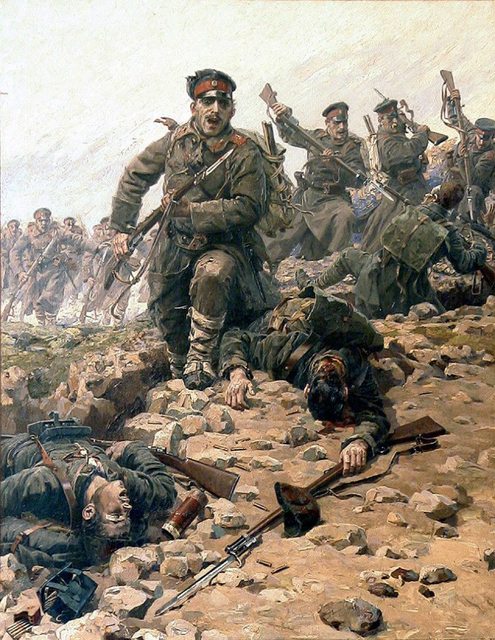 A squad of ten delta rangers, five green berets are en route to an undisclosed location high in the afghan mountains. Traveling by two apv and one 50. Cal mounted humvee their mission is to locate massive humanoid creatures reported sighted by flyover recon. The roads are narrow, no modern man creations found here. As they ascent slowly up a narrow duvet, a massive boulder appears high in the sky, hurtling towards them. It impacts the leading humvee, smashing the front engine and swerving the passengers inside into the rock pass beside them.

Is this something plausible for my animated short? Secondly, if it is, how would the soldiers react and what would be the orders? I plan on making a sick short film about giants in the Middle East that the United States investigated during the Afghanistan conflict. If it sounds stupid that’s okay, but if it sounds inaccurate I wanna know. Figure PrepHole would know best.