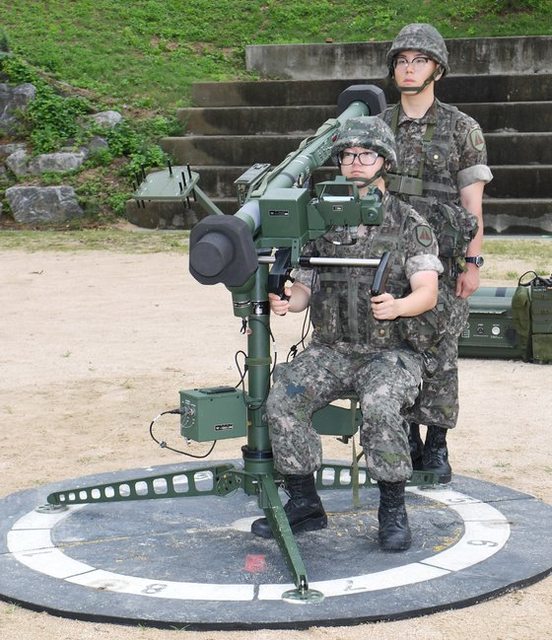 >A major obstacle to Chiron acquisitions has been South Korea’s refusal, much like Israel, China and other neutral parties, to sell armaments to either party in the war, although a workaround has been to sell armaments to NATO member states which in turn pass these on to Ukraine as aid. South Korea is thus set to ship nearly $3 billion worth of armaments to the Czech Republic under a deal financed by the United States, which will then be passed onto the Ukrainian Military without Seoul supplying Kiev’s forces directly. This arms deal was first reported in Czech media, describing Prague as a “hidden mediator” to allow South Korea to make sales, and Ukraine to receive advanced weapons without Seoul officially abandoning its neutral position.

>The Chiron, otherwise known as the KP-SAM, first entered service in 2005 and deploys 80mm rockets with 2.5 kg warheads and 7km ranges. It is widely considered among the most capable MANPADS in the world with a performance surpassing those of Western and Soviet models currently in the Ukrainian arsenal. Success of the system on the battlefield could potentially help fuel interest among NATO members for South Korean air defence systems, after the heavier KM-SAM was recently exported to the United Arab Emirates. South Korean arms exports have enjoyed a major boon from the Russian-Ukrainian War, with its K2 tank, K9 howitzer and FA-50 light fighter having gained multi billion dollar orders from Poland with others set to follow suit.